Apologies yet again for the long silence. I hope you and your families have all managed to stay well.

I’m afraid we don’t have much good news to report.

The pre-lockdown protest walk mentioned in the last update, from Abbey Fields, Kenilworth, to the Greenway on March 15th, went ahead without problems. 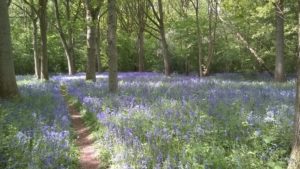 As you are probably aware, the High Court injunction to evict the woodland camps was granted to HS2 Ltd on March 21st. People were given a week to leave, and those in South Cubbington Wood left of their own accord. A couple of protestors returned some weeks later on their own initiative and were removed.

There is still a camp at Crackley, outside HS2 territory now, though some took to the trees for several days before being evicted by the National Eviction Team, who are employed by HS2 Ltd. There have been many complaints about the behaviour of NET employees, and counter claims have also been made. Protestors have witnessed the felling of many trees both at Crackley and other woods in the vicinity.

Disturbance of wildlife
There have been numerous complaints about “vegetation clearance”, or as most of us would put it, tree felling, during nesting season. According to HS2 Ltd, their ecologists check for nesting birds, bat roosts, badger setts etc before work is allowed to commence. Confidence that this is being carried out in a proper manner is very low. Several of the wildlife charities have voiced grave concern about what is happening. Below are two relevant links.

South Cubbington Wood
During the period of strict lockdown, many local residents were able to enjoy walking in our woods as their daily exercise, However, HS2 Ltd’s contractors suddenly blocked off all (legal) access to the woods as soon as they had completed the diversion for the Avon Way, which was just after Easter. They were in such a hurry to do this that they had a small team of subcontractors working over the Easter weekend. We expected this closure to happen at some point (originally it was to be in early March) but no warning was given that it was imminent. Complaints have been filed with HS2 Ltd about this: to date no one has received an adequate response. They say the closure is necessary for Health and Safety reasons during ground investigations to be carried out in the wood. According to our information, culled from walkers and others, no work took place for about a month after access was blocked. Surveillance cameras have since been installed inside the portion of the wood taken by HS2 Ltd. “No trespassing ” notices did belatedly appear, but on close inspection these showed Crackley, not Cubbington, which caused some merriment and further speculation on HS2 Ltd’s fitness for purpose. The error has now been rectified.

In our area
The fortunes of the many saplings planted last year as “mitigation” are mixed. Many appear to have survived, though there are a large number of stakes without saplings: some of the saplings are not of trees as such. You can now see that quite a lot in the pear tree field are in fact wild rose – officially a shrub, not a tree.

There is also work going on near Hunningham Lane, Offchurch and the road was closed last week during work hours. This is to create the much vaunted green corridor alongside the rail track. In practice, this has consisted so far of felling trees in a spinney.

Covid-19
There have also been many complaints about HS2 Ltd employees, contractors and NET not observing social distancing, and there were many calls for work to stop completely during the pandemic : again, HS2 Ltd’s response to these has been inadequate and the matter is being pursued. In contrast, work at the Bellway housing construction site on Coventry Road resumed only recently.

Kenilworth and Southam Implementation Forum
Peter Delow has attended meetings of this forum, which Jeremy Wright MP set up to bring local representatives, HS2 Ltd and their contractors together in an effort to improve communication of information and to enable concerns to be raised. The most recent meeting was a virtual one, via Microsoft Teams. Among the matters dealt with were concerns about wildlife, adherence to Covid-19 regulations, and, specific to our area, a review of the design of the cutting through the woods, a query about the removal of a large amount of hedgerow on Coventry Road, access to the part of Cubbington Wood that HS2 Ltd have not taken and the award of an HS2 community grant to Cubbington Parish Council to upgrade playgrounds.

On the national level, the Government panel to oversee HS2 doesn’t seem to working very hard, according to this article in today’s Telegraph https://www.telegraph.co.uk/news/2020/06/13/questions-arise-boris-johnsons-pledge-hold-hs2-project-account/?fbclid=IwAR3lcjC0XLQhqFsCBHNnpBxsSLdSLFfjFnMzyLLvpoL2FDE5X_sp68FoxWs

There is also much discussion in newspapers and on-line of exactly why HS2 is necessary, given that so many people have been and still are working from home. Could this become the “new normal”?

Protest walk
A week-long protest event is planned to begin next Saturday. Members of HS2 Rebellion and Extinction Rebellion are intending to walk from Curzon Street in Birmingham to London to protest against HS2. This is advertised as a family-friendly walk, and they invite everyone to take part in as little or as much of the walk as they wish. We are told that they are looking very carefully at the logistics of keeping to the social distance requirements. I realise that some of Extinction Rebellion publicised actions are not to everyone’s taste, but please read the details of the walk below before making a decision whether you wish to be involved or not.

The walk will pass through Cubbington on Sunday 21st June, but there are no details as yet of the route. You are asked to return a form (see link) if you wish to take part.

And finally, I’ve attached a few photos for those of you who haven’t been up to the woods lately. The bluebell photo was taken in part of the wood that should not be touched by HS2. 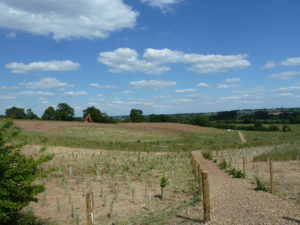 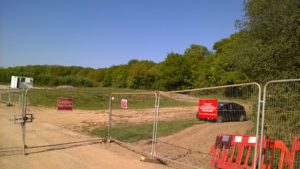 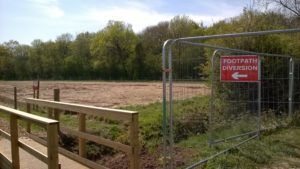