A peaceful protest march was organised yesterday by the “Save Cubbington Woods – stop HS2” group, who are camping in our woods, Crackley Woods and on the Welsh Road.  About 80 people, both local and from further afield, gathered outside the King’s Head and  marched off accompanied by drums and with a police escort, up to the HS2 compound on Rugby Road.  They blocked the entrance for a while and treated the HS2 security men to a few songs before making for the woodland camp.  Support was tooted by many passing motorists, and the flatbed lorry driver who rolled up just as they arrived at the compound was not at all concerned at having to wait – he had a kettle in his cab!

The media were present in force, and the march figured on several news broadcasts.

A few photos of the event. 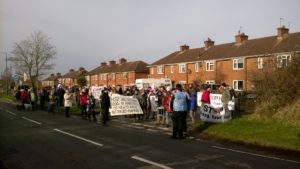 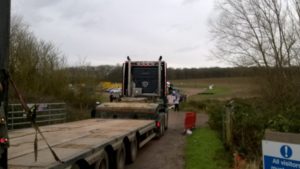 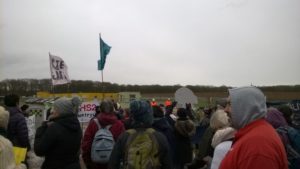 Protestors at the compound gate