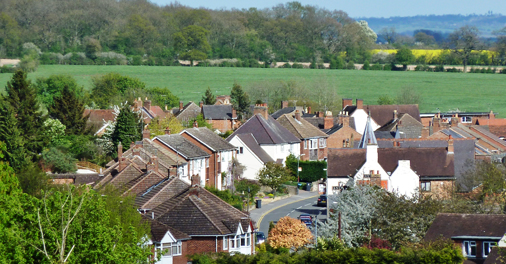 The view from the chair

The fight to get the Government to drop its dippy HS2 proposal is something of an emotional roller coaster ride. It is all too easy to get depressed at the sheer magnitude of the task. After all, if the Government insists on being pig-headed in the face of all the evidence and, as things stand, can feel assured of a big majority when the enabling hybrid bill is placed before the Commons, how can a bunch of amateur campaigners expect to bring about a policy U-turn?  However, it has been a very bad few weeks for HS2: the cracks have become even more apparent and I am risking allowing myself to be a little more optimistic.

The first piece of bad news for HS2 came when HS2 Ltd issued a short document in April, under the title The Economic Case for High Speed 2: Next Steps and Future Updates. Buried in this document is an admission that, for consistency with the information that was released for the public consultation, the passenger demand projection in the revised business case published in January this year should be amended. This correction affects the benefit to cost ratio (BCR) predictions that the Department for Transport (DfT) uses as a “headline” indicator for the merit of the business case.

The DfT now says that the BCR for the London to West Midlands route should be reduced by 0.2, making it 1.2 (without taking into account wider economic benefits).  When HS2 was originally announced, we were told that this BCR was 2.4.  It has been reduced every time that a new business case is presented.

According to the HS2 Action Alliance’s press releasethe impact of further, recently published, research for the DfT into its modelling methods indicates, based upon the DfT’s own calculations, that a further reduction in BCR to 0.8 should be made. This means that the taxpayer will only get back 80p in benefits for every £1 spent on HS2.

The DfT promises in its April document that there will be a further business case update later this year, which will address the revised economic growth forecasts that the Office of Budget Responsibility published in March. I wonder how much further the BCR will go down then.

You may be interested to view the former Transport Secretary talking about BCR to the Commons Transport Select Committee in September last year here.

The Chairman of the Commons Public Accounts Committee, Rt Hon Margaret Hodge MP, has a formidable reputation for standing no nonsense. So when I heard that her committee had “invited” three senior civil servants from the DfT, including the newly appointed Permanent Secretary, to come to chat about whether they had learnt lessons from the mistakes made in HS1 predictions and applied these lessons to the HS2 business plan, I anticipated that the sparks would fly and was not disappointed.

If you are not squeamish about seeing a spectacle that would not have disgraced the Roman Coliseum, and have a couple of hours to spare, then I suggest that you view the oral evidence sessionthat was held on 18th April. If you just want edited highlights, then Stop HS2 has put some short videos together on You Tube.

Here are some of Margaret Hodge’s comments, to give you a flavour:

“I’m gobsmacked by that” (talking about DfT demand predictions).

“That is bonkers” and “This is really quite shocking” (commenting upon DfT confirmation that no HS2 price premium has been assumed in passenger number calculations).

“… all over the ruddy place” (describing the DfT cost estimates for the widening of the M25)
“It seems a potty figure to all of us” (commenting upon the value assumed by DfT for business travellers’ time).

A thumbs down from the Cabinet Office

One really interesting snippet of information that the Public Accounts Committee got out of grilling the DfT officials on 18th April was that the Major Projects Agency of the Cabinet Office (MPA) has rated the HS2 project as “amber/red”. This, according to Margaret Hodge is “not good enough”. In the words of the MPA, an amber/red rating means that “successful delivery of the project is in doubt, with major risks or issues apparent in a number of key areas”. And regarding these identified risks, the MPA says “Urgent action is needed to ensure these are addressed, and whether resolution is feasible”.

As part of a comprehensive survey of voter attitudes, that was published in April, the independent think tank Policy Exchange asked two thousand people if they agreed that “building the high speed rail line from London to the North is a good use of money”. Over the whole country, only 30% agreed with this proposal and 52% disagreed. Bad enough news for the Government you might think, but the really bad news is that the canny folk in the North have not been taken in by promises of HS2 making a difference to the north-south divide; 53% of northerners questioned disagreed, with 32% agreeing.

For more from Peter on HS2, see his blog HS2 and the environment